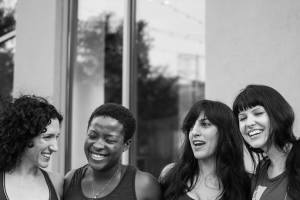 A little over a year ago, Atlanta celebrated the first Dirty South Yoga Fest.  It was a gathering of real, raw and southern yogi’s.  Those who joined us for a day of hot summertime yoga played a part in planting the seed for Atlanta’s yoga community to grow in depth and breadth.

Over the year, Atlanta has seen more yoga festivals pop up: supporting communities, spreading the joy of yoga, raising money for great causes.  It is clear that Yoga is happening in Atlanta: haleluja! amen and word.

Dirty South Yoga Fest was very personal for me.  It was a chance to see the yoga community that I’ve admired- my inspiration- come together and catch on.  In cities like New York and San Francisco, you can’t sneeze without running into a yogi- but Atlanta still has some fire’s to catch. Dirty South Yoga Fest was nothing but a seedling of an idea, nourished by friendships and hard work, that grew into something real, colorful and tangible.  If just for a short time, Dirty South Yoga laughed, sweat and breathed deeply.

After the festival my year sped by with teaching yoga, the decision to quit teaching, work, promotions, moving houses, projects, side projects, hustling, side hustling, festivals, measurables, results and events- in short: life happened.  In a blink, a year passed.

Under the surface, Dirty South Yoga Fest, continues to root down, sprouting off new ideas and trying to breach the surface.  Yet, I found myself stuck- the pace of life just kept getting the best of me making Dirty South seem like a distant memory.

A friend of mine, the lovely Jennifer Lingvall (a gal well versed in creating something from nothing) put me in touch with Eric Saperston author of Live in Wonder, filmmaker and speaker.  Eric and I chatted ideas, visions and possibilities both from past experience and possible outcomes.  I got a lot of great advice from Eric.  He said one thing that caught my attention as we started chatting.   I was lamenting that I didn’t know where to start he said “you’ve already started by having this conversation- you’ve got to speak it into existence.”

It’s been a few weeks since our conversation and since then I’ve seen that conversation turn into other conversations, the roots getting deeper and stronger, more connections being made, more ideas being shared.  And now, I share with you the possibility of bringing Dirty South Yoga Fest back into existence- it may look a little different, hopefully it will have more flavor, but there will be laughter, there will be color, there will be breath.

With this possibility, I also share my gratitude to Jennifer for urging me to keep creating and to Eric for his time and his commitment to Wonder.  Eric asked for feedback which I felt compelled to share with you all here:

“I connected with Eric thanks to the recommendation of a mutual friend and fellow make-it-happener.  Eric kindly agreed to chat with me regarding an idea I’ve been working on for the past year but was having trouble getting all the pieces into place to bring the project to life.  Over the course of our conversation, Eric brought suggestions from his experience, thought provoking questions and helped to round out some of the ideas that were still in progress.

In the course of the conversation, Eric was attentive as we walked through the vision and tackled possible obstacles with various solutions.  My greatest appreciation of Eric was his ability to work with my existing vision while bringing practical feedback and suggestions that would add to the scope and depth of the project.  Eric’s ability to work from a place of possibility and encouragement made what seems like a daunting project seem very tangible.  As we wrapped up the conversation I had a clear idea of next steps and Eric made himself open and available to support as the project moved forward.  I left feeling supported, empowered and with the assurance that in a matter of time Dirty South Yoga would embark on it’s next adventure.”

See ya’ll at the next Dirty South adventure! 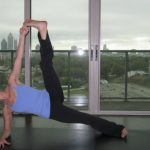 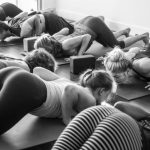 Get Your Head Out of Your AsanaUncategorized