Ahoo first came to the mat in her teens. She learned off of following VHS tapes on the television. It wasn’t until her early 20’s that she started joining studios, one of her first being Bikram Yoga Decatur. It was here that she became hooked. She continued her practice as she started moving around to DC and finally overseas, where she stayed for ten years.

She first became certified in 2008, which was quickly followed by another certification in kids yoga in 2009. In 2014 she joined the Peachtree Yoga Center’s training and in 2015 a Restorative Teacher Training, led by Sudha Carolyn Lundeen, at Kripalu. She is also a Trauma Sensitive Yoga instructor, trained under David Emerson of the JRI in Massachusetts. She has worked under Kripalu senior instructors and Shamans in meditation, mindfulness and energy work. Currently, she is obtaining her Mindfulness Based Stress Reduction certification through the Atlanta Mindfulness Institute. And, is obtaining her 1000 hour yoga certification through Kripalu School of Yoga and Ayurveda.

Her focus is on the healing and transformative qualities of yoga, and she brings these into each of her classes. Her classes are a “no touch” policy, meaning she will not provide assists, to respect your personal space and boundaries. 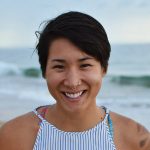 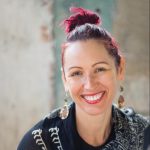