Evan “Eazy” Hall found yoga as many of us do, when he needed it the most. Over indulgence of a sedentary lifestyle led to constant back pain and crippling respiratory issues. It was in the ER where his girlfriend suggested that he do some research into the world of yoga. Shortly after being introduced to yoga he knew that one day he had to share the practice that not only healed his body, but changed his perception of himself and the world around him. He has been sharing his ever evolving practice for over 4 years now with classes ranging from Hatha yoga to Rocket Yoga and even specialty handstand and mobility classes. A fun and charismatic individual you can expect plenty of laughter, a good work out, lots of inversions, and a welcoming atmosphere in all of Eazy’s classes. 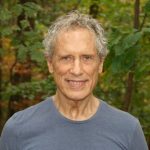 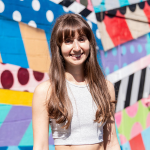