Jeff was born in Boston and grew up in Miami. As a kid he was into music, sailing and science. He played drums for several bands including FLOOR. He moved to Atlanta to attend Georgia Tech and received his degree in Physics. Jeff started an engineering firm in the late 90s, a software development company in 2005 and Ember Yoga in 2010.

Jeff took his first yoga class in 2008. Overweight and stressed out, after about the first thirty minutes he was on his back for the rest of the class. It took several weeks before he was, inexplicably, drawn to take another. That pattern continued for a short time before he committed to a regular practice. The commitment came from a desire to take control of his physical health. To take it away from a revolving door of gym routines and diet strategies and put it on a solid foundation. For him yoga proved to be that foundation. It started the process of optimizing the body inside and out; reducing blood pressure; building core strength & flexibility in the right proportion & locations in his body; directing his appetite to plant based & healthy food choices; reducing stress; and boosting almost every physical measure of his health.

Once his physical health had found a strong foundation, yoga opened a door to a more subtle understanding of his practice and yogic path. It created a space for exploring a deeper understanding of mind, body and spirit. This led Jeff to the practice of Ashtanga Yoga and then, inevitably, to his teacher Sri Dharma Mittra.

Jeff studied with Sri Dharma, his senior teachers and an amazing class of sadhakas in New York in 2010. Sri Dharma’s approach to the practice of yoga through ahimsa (do no harm) and his ability to transmit the practice in its purest form has become a beacon for Jeff along his yogic path. It continuously inspires him to go further and learn more. As a result, Jeff values studying the words of great teachers and karma yoga as integral parts of his practice. He is also inspired to continue developing as a teacher in order to share the rewards he has found through this practice with others. www.jeffsousayoga.com 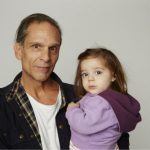 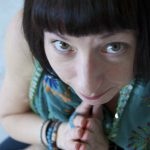