Robyn discovered the power of yoga while working for a major corporation and was in desperate need to take a step outside her comfort zone. She quickly realized the incredible benefits yoga had for tuning into both mind and body. In 2012, she gave birth to her first child at home.

Once she became a mother, she realized how empowering but isolating the experience can be and saw other mothers who also felt alone. In an effort to build community, she created a playgroup. These groups served as inspiration to start a women’s circle to create a safe place for women to share their own knowledge and experiences.

She completed her 200 hour teacher training in 2013 with Neda Honarvar at Tough Love Yoga where she then taught Baby Mamasana and Deep Stretch. Feeling the urge to explore, her family moved to Colorado in 2014 and then North Caroline in 2015. Neither felt quite like home so in 2017, her family relocated back to Atlanta!

Robyn’s classes offer a fun sweaty flow and soothing restorative postures. She loves to bring yoga to new folks and talk about anything related to motherhood. 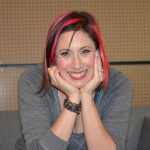 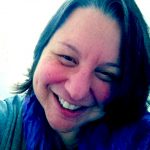