After numerous trips to Asia to study yoga and meditation, Taylor received his first 200-hour teacher training from Himalaya Valley Yoga in India and then taught in Goa, India. After returning to the U.S., Taylor began studying with Noah Mazé, earning his second 200-hour certification in 2015, and his 300-hour certification in 2016. He is continuing his studies as a participant in Noah’s emissary program. Taylor holds a Ph.D. in philosophy and is currently earning a M.S. in somatic psychology where his work focuses on the psychotherapeutic benefits of yoga. Taylor’s classes combine a challenging physical practice with alignment principles to foster a deeper awareness and greater focus. 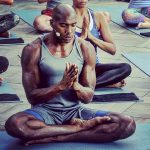 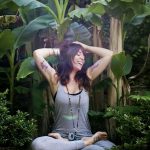