Todd’s initial path to yoga was anything but yogic. He spent many years racing in solo and team races, culminating in a 4-day long adventure race and a half iron man. He was incredibly strong and his body adapted to endure hardship by becoming extremely rigid. Not a good thing considering he had very little flexibility beforehand; he couldn’t even come close to touching his toes before racing.

Years into racing a friend challenged Todd to try yoga. He overcame his preconceived notions that yoga was only for women and that he wasn’t flexible enough. After a very awkward first class of moving his body in ways it had never moved before it was in the final resting pose (savanasa) that he felt something much more. It was a sense of relaxed calm that he never knew, he never slowed down enough to feel it. This is what brought him back for more classes, week after week. The seed was planted.

This taste of something more grew insatiable and Todd’s yoga practice grew. The physical practice of yoga was wonderful but it was clear that there was more to it. There was a spiritual element that classes alluded to. In order to deepen his practice Todd took a Yoga Teacher Training program at Peachtree Yoga Center in 2003 where he began to learn more about yoga. This brought drastic changes to his priorities and views on life and in 2004 he decided to go for a long road trip. It was during his travels that he felt most alive experiencing the country, nature, and life outside of the 40 hour corporate world.

Upon his return to Atlanta he resumed his old software engineering job and began teaching yoga classes in the evenings. About a year later Todd re-entered the Teacher Training program, this time as a mentor. He lasted another year working with computers before retiring the title Software Engineer and embracing the title Yoga Teacher. His love of yoga has since expanded into healing and performance arts. He started learning Thai Massage and Acro Yoga in 2008 and has continued to deepen his practices. Now yoga is his life: in teaching classes, in assisting the Teacher Training program at Peachtree and Infinity Yoga, and in his day to day life. 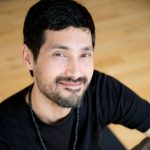 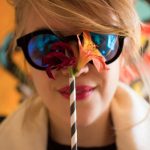